Nowadays, a lot of organizations are proud of their logos. It is a kind of psychological construct that creates a connection between our minds and business. There is no need to read the title because we know which organization the image belongs to. Let’s take the big companies like Facebook or McDonald’s as examples. The first thing that comes to mind is their famous visualization.

However, we need to concentrate on the video gaming industry. Major PC and video game developers create some of the most recognizable logos, plenty of them are memorized and associated with different enjoyable moments for gamers. The games industry can sometimes be a great source of inspiration. Design, animation, graphics, music, and storyline can easily awaken your inspiration.

You might not be fond of games, but the logos collected in this list will not leave you indifferent. Here you will see great examples created by talented designers. These are not only neon logos for games but also what makes the following games easily recognizable thanks to such a “brand name”.

This game has made a splash in gaming since its first launch in 2007 and now the label covers over 9 different games, some of them are console-only, and a huge number can be played on other devices. The origin of the Assassin emblem, as explained directly in the game, was originally used to denote the entrances to the Assassin Bureau or their various headquarters.

The game’s logo features an eagle skull. The history of Assassin’s Creed itself claims that the eagle personifies freedom and courage, and the creators explain that the eagle (which is a bird of prey) perfectly conveys the predatory and airy nature of the assassin clan.

This is a pretty interesting RPG and the fifth installment in the Elder Scrolls series. The logo depicts a silvery dragon with a broken wing, a dragon resting on a black background, or a similar book cover. In the description of the game, developers indicated that the logo itself is called the “Seal of Akatosh” and has existed in this game for a long time, namely at least a couple of thousand years.

The logo design for this game has long been shrouded in mystery. It features a three-sided turntable-like design element where the middle top is slightly detached from the rest of the logo, its origin is still a question for gamers.

The only clue is the speaker in the game, they wear the image all the time, that’s all. Whether it is the symbol of the Tower, the Traveler, or the three guardian classes, the triangular symbol has never been discussed or revealed in the game, so its meaning always remains elusive to players. 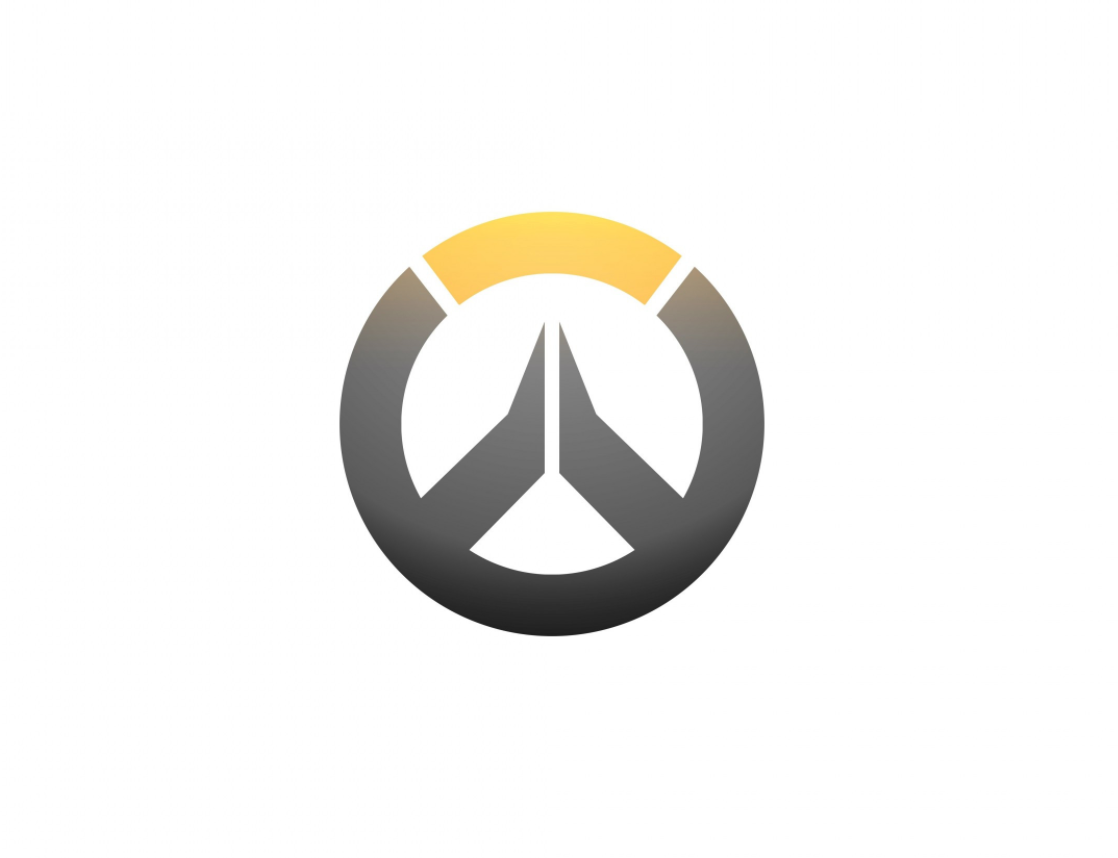 Take note of the creative marketing ploy: create an ambiguous identity and not give it an explanation. This is exactly what Overwatch has done, leaving fans wondering what the image means.

The orange and gray logo consists of the word “Overwatch” and a circle with two breaks. Inside it is a symmetrical pattern of two diagonal stripes that evoke several associations. The 1st one has a stylized monogram “OW” (“Over” and, of course, “Watch”). And the 2nd with the sign of peace and hope: the graphics resemble folded hands for prayer, and the orange top is the rising sun.

The visual symbol reflects the plot of Fortnite: the construction of fortifications from different materials. In 2011 the 1st logo was “built” from wooden elements: boards, road signs, stairs. The idea was supported by the slogan: “Create. Cooperate. Protect”.

Later, the outline became smooth, and behind it was a high hill with all the components of the game: towers, satellite dishes, trees. In the modern version, the identity looks laconic: there is only the text written in bold black font.

In 2019, for its tenth anniversary, the company introduced a new identity that disappointed fans. The old emblem consisted of large gold serif letters on a dark gray background. The paint and decoration evoked associations with treasure hunting and dangerous adventures.

The redesigned lettering looks unified. It has been lightened, outlined, and serifs reduced. Such an emblem can refer to any industry both gaming and jewelry. However, the organization has no plans to change it yet.

The title is one of the sandbox games which allows gamers to create different structures using cubes from textures. It boomed when the game was released in 2011 and is still the second best-selling game (1st is Tetris). There are altogether 4 fixed Minecraft logos, and the 1st was invented in 2009 and never really used.

The 1st popular logo was made from a cobblestone texture and it contained only the word “Minecraft”. Around 2011, a 2nd Minecraft logo was launched on Minecon, it was visually similar to the 1st one, except for the letter “A” that actually forms the creeper’s face.

The listed game logos have quite different but very interesting stories of creating. While some of them just represent the above-mentioned organizations and developers, other ones are deeply attached to gameplay through frequent use and storytelling in the game.

It doesn’t matter how developers used them, but all these logos of games have become so famous that one glance is enough for everyone to determine what they mean. It perfectly represents marketing and branding synergy.

This website uses cookies so that we can provide you with the best user experience possible. Cookie information is stored in your browser and performs functions such as recognising you when you return to our website and helping our team to understand which sections of the website you find most interesting and useful.

Strictly Necessary Cookie should be enabled at all times so that we can save your preferences for cookie settings.

If you disable this cookie, we will not be able to save your preferences. This means that every time you visit this website you will need to enable or disable cookies again.